I made a character portrait as a digital drawing of a potential D&D character that didn’t get a chance to be played.

The campaign was based on a city that was flooded and the soul of the people who lived there haunting the place.

Groups of adventurers are sent there to try and lift the curse and free their soul. Her husband volunteered to go and help, which broke her heart.

She heard of his death later on and decided to try and finish his quest and find a way to rest his soul.

I also posted it on Reddit, and it got some interesting feedback!

[Art] Portrait of my Scout / Ranger, on a quest to find out how her husband died from DnD 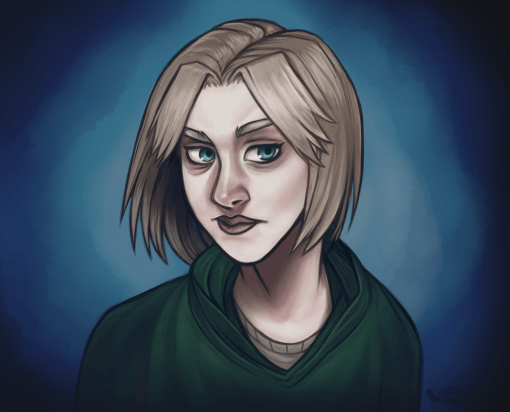